Welcome to Georgia - land of nature, wine and warm people who know how to entertain you!

Welcome to Georgia, a beautiful country, located in the southwest of Asia. A population of about five million. It extends over a large area, three times the size of Israel.

The meaning  of the word Geo comes from farmers, peasants. Georgia became independent in 1991 with the collapse of the Soviet Union. Most residents of Georgia are  Christians.

Georgia is largely mountainous. Its  north is bordered by Russia and Nearby Caucasus mountain range passes amazingly. To the South of the capital city of Tbilisi begins the Black Sea coast and reaches the shores of the Caspian Sea.  South Georgia begins the small Caucasus ridge, extending to the Turkish border Armenia.

Tbilisi, the capital of Georgia, means "Tbili" - "hot", because near the city there are hot springs. From there the city got its name. Tbilisi is home to approximately 1.5 million residents, the city serves as the center of economic and cultural state.

Georgia is one of the oldest wine producer. Vines cultivated the fertile valleys of South Caucasus for more than 7,000 years, and tradition intertwined with vines growing national identity of the Georgian nation. Georgia spoken argument, based on different sources, that the origin of the name "wine" (wine) is Georgia. Between districts are known winemakers took, Kartli, Imereti, Racha.... 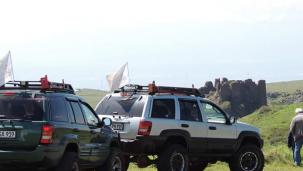 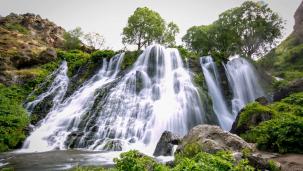 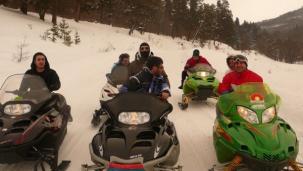 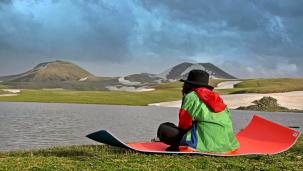