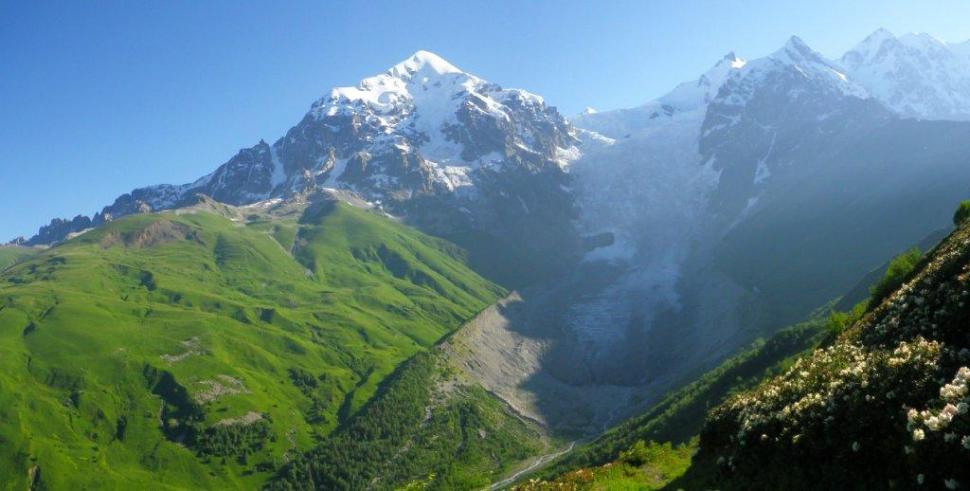 Mestia (Georgian: მესტია) is a highland townlet (daba) in northwest Georgia, at an elevation of 1,500 metres (4,921 feet) in the Caucasus Mountains.

According to the current administrative subdivision of Georgia, Mestia is located in the Samegrelo-Zemo Svaneti region (mkhare), some 128 kilometres (80 miles) northeast of the regional capital of Zugdidi. Mestia and the adjoining 132 villages form Mestia District (raioni). Its area is 30,444 square kilometres (11,754 sq mi) ; population – 14,248 (2,600 in the town itself; 2002 Georgia census). The population is mostly Svans, a cultural and linguistic subgroup of the Georgians. In Mestia is Queen Tamar Airport since 2010 and the airport is operated by the state-owned company United Airports Georgia.

Historically and ethnographically, Mestia has always been regarded a chief community of Zemo, or Upper Svaneti province. It was formerly known as Seti (სეთი). Despite its small size, the townlet was an important centre of Georgian culture for centuries and contains a number of medieval monuments - churches and forts - included in a list of UNESCO World Heritage Sites. In 1968, it was granted a status of a townlet (Georgian:daba).