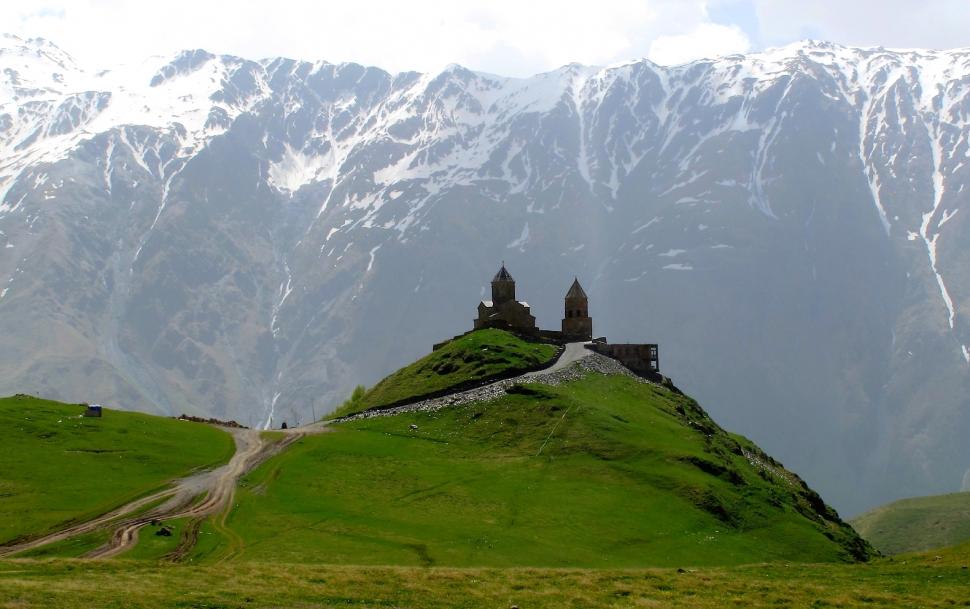 Stepantsminda (Georgian: სტეფანწმინდა; formerly Kazbegi, ყაზბეგი), is a small town in the Mtskheta-Mtianeti region of north-eastern Georgia. Historically and ethnographically, the town is part of the Khevi province. It is the center of the Kazbegi Municipality.