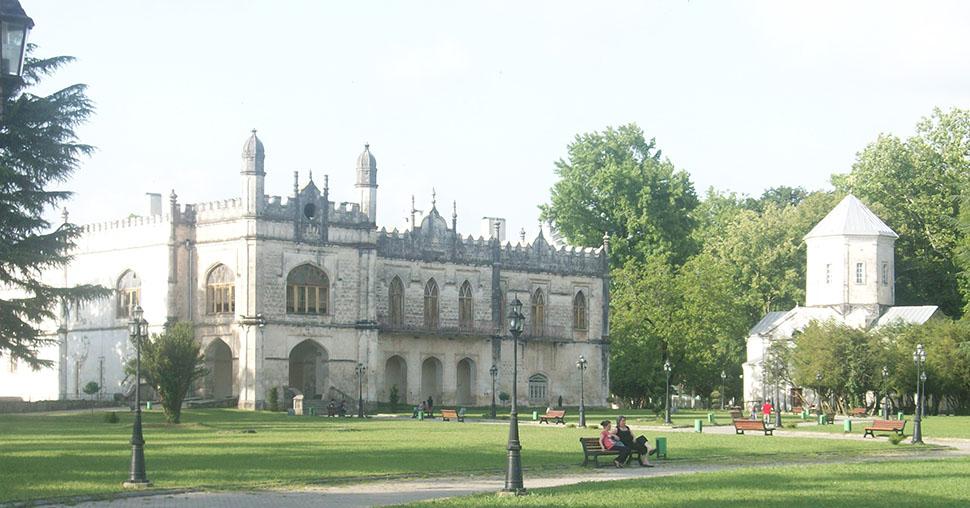 Zugdidi (Georgian: ზუგდიდი; Mingrelian: ზუგდიდი or ზუგიდი, literally "big hill") is a city in the WesternGeorgian historical province of Samegrelo (Mingrelia). It is situated in the north-west of that province. The city is located 318 kilometres west of Tbilisi, 30 km. from Black sea coast and 30 km. from Egrisi range. 100–110 metres above sea level. As of 2007, it had a population of 75,900. The city is the capital of the Samegrelo-Zemo Svanetiregion which combines Samegrelo (Mingrelia) and Svaneti.

The name "Zugdidi" means "big/great hill" in Laz and Mingrelian. Architectural sights of this city are Queen's palace and Niko's palace (now the Dadiani Palace museums, both of the 19th century), Blachernae St. Virgin (1825–1830) and Mantskhvar-kari (10th–14th centuries) Churches. There are also an old Botanical Garden (Queen's Garden) and the city boulevard.

Historically Zugdidi was a capital of principality of Mingrelia (Odishi) until 1867, when the principality was abolished by the Russian Empire. In 1993 there was an administration of first President of Georgia Zviad Gamsakhurdia.

Napoleon’s death mask is on display in the Dadiani Palace Museum in Zugdidi, but the main treasure of this museum is a Shroud of Mary, the mother of Jesus.