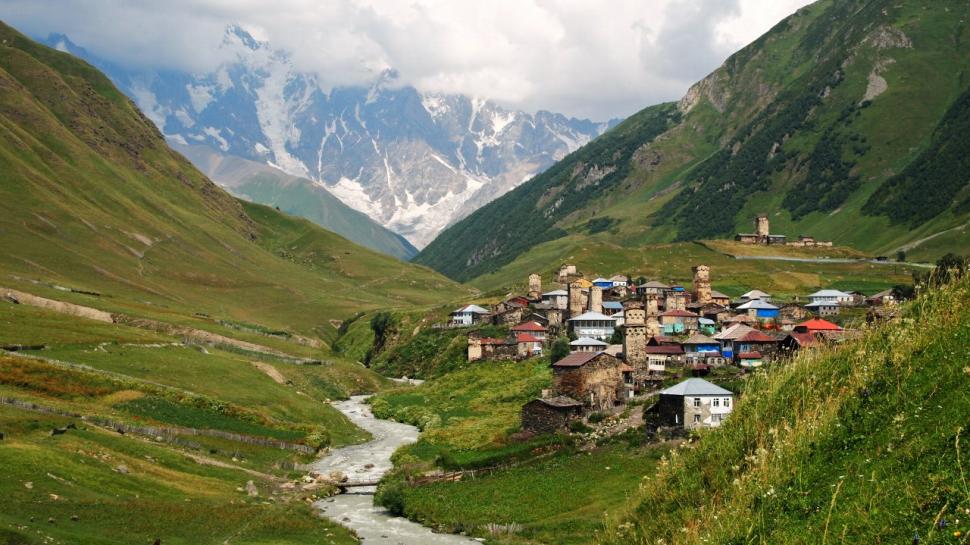 Ushguli (Georgian: უშგული) is a community of villages located at the head of the Enguri gorge in Upper Svaneti, Georgia. Ushguli comprises four villages:

The Ushguli villages contain buildings that are part of the UNESCO Heritage site of Upper Svaneti.

It is located at the foot of Shkhara, one of the highest Caucasian summits. About 70 families (about 200 people) live in the area, enough to support a small school. The area is snow-covered for 6 months of the year, and often the road to Mestia is impassable.

Typical Svanetian protective towers are found throughout the village. The Ushguli Chapel located on a hilltop near the village dates back to the 12th century.

The Mikhail Kalatozov documentary Salt for Svanetia was filmed in Ushguli.